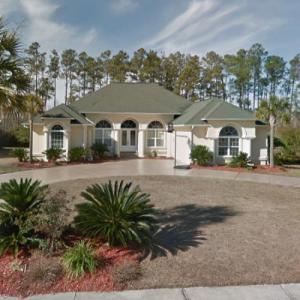 Marcus Gill is a yielded vessel to the will of God for his life. He has not only understood the will of God, but it has become the call on his life, to repair the breach, restore the old waste places, and lead the way to prosperity. His approach to ministry focuses on bridging the gap of cultures, ages, and society by offering a sound that is relative to every listener. He is chosen by God to do great works for a time such as this. His ministry is designed to reach lost souls and inspire believers. By faith he believes that we all have been given a "license for victory" that can never be revoked.

He attended the Winston-Salem State University, where he perfected his knowledge in music business. He has also successfully completed certified coursework at Harvard University in the area of Religious Literacy. He is in a season of his life where he is the author of 9 books entitled Single God Life, 10 Ways to Stay Free, Happy Single You, Psalm Saturday, Under Construction and OKAY, FAVOR, 10 Ways to Protect Your Blessing and his latest release Everybody Wants to Win. He also has his own show on XM Radio. Plus he’s a Charisma Magazine published author, he’s been on numerous radio shows, and been interviewed on TBN, the internationally syndicated Prayer Link and Turning Point broadcast on CBN (Christian Broadcasting Network), TCT (Total Christian Television) and the Word Network.

Marcus is a world renowned, world traveling motivational speaker, preacher, and social media sage who has over 2 million followers on Facebook and is reaching MILLIONS of people each week. He was even introduced to share the gospel on the main stage at the Essence Festival in New Orleans USA!

He has been blessed to have over 3 million people who acknowledged Christ as their personal savior, and God has even greater works than these in store for his future! He is happily married to his best friend Dominique. She's a school teacher who also travels with him and passionately leads praise and worship through song. They have a beautiful daughter named Madison.
Links: www.marcusgillinternational.org
781 views