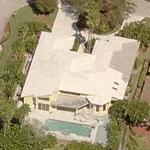 By Champion3 @ 2010-01-14 20:27:05
@ 26.64073086, -80.22312494
Wellington, Florida (FL), US
Marion H. Smoak is a American former diplomat and businessman. From 1969-1974, he was Deputy, Acting and Chief of Protocol for the President and the Secretary of State. While in Protocol, he accompanied then Governor Ronald Reagan to the Far East as State Department advisor on two occasions. He served on the Presidential Delegation to the inaugural of President Prastrana in Bogota, Columbia in 1970, to the Inaugural of President Echeverria of Mexico, 1970, the funeral of King Frederick IX of Denmark in 1972, and the Rattanakosin Bicentennial in Thailand in 1982. He retired from the Department of State in 1974 in the grade of Ambassador.

He began his career as an instructor at the US Military Academy, West Point and later served as Staff Judge Advocate of the 11th and 82nd Airborne Divisions, the Berlin Command, Germany and in the International Affairs Division, Department of the Army. Retiring from the US Army in 1961, he entered politics in his native State of South Carolina with grassroots work in the initial formation of a viable Republican party, gaining election to the State Senate in 1966. Ambassador Smoak served on the State Constitutional Revision Commission during 1967-1968; the President’s Commission on National Security, Department of Defense; and on the Transitional Team for the Department of State, 1980. He was also a Co-Chairman on the Committee of Finance for candidate Ronald Reagan.

He is retired from the law firm of Shipley, Smoak and Henry of Washington, DC, and the practice of International Law, Marion H. Smoak also was engaged in real estate development for much of his professional career.