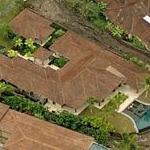 By Champion3 @ 2013-05-14 00:54:10
@ 19.81530461, -155.98828188
Kailua, Hawaii (HI), US
Mark A. Castellano is a VP of RenewTricity, a New Jersey energy firm. He began his career as a systems engineer at AT&T Bell Labs where he was involved in all aspects of technical marketing for digital switching and optical transmission systems nationwide. He later moved to the cellular division, where he designed firmware and digital electronic circuits for cellular communication systems. He also spent nearly ten years at Texas Instruments in Broadband and DSP field applications, where he partnered with TI sales staff and OSRs to secure design-ins of TI VoIP and ADSL Broadband products and Digital Signal Processors. Mr. Castellano was an Advisory Programmer Analyst in the Fixed Income Group at Merrill Lynch where he developed and maintained analytics for mortgage/asset-backed securities on Merrill Lynch's CMO Passport, offered on the Bloomberg Financial Markets online data system. He lives in Far Hills, NJ.
Links: www.renewtricity.net
862 views