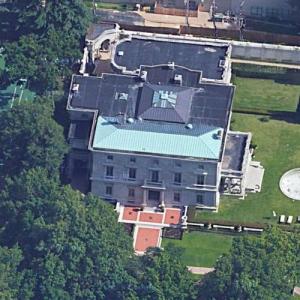 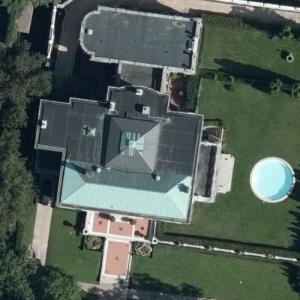 By jdubble07 @ 2014-07-02 11:43:09
@ 38.647345, -90.265004
St Louis, Missouri (MO), US
Mark McCloskey and his wife Patricia became famous, or infamous, on Sunday, June 28, 2020. A group of Black Lives Matters protestors broke into their private street with the intent of protesting at the home of Mayor Lyda Krewson. As the group passed their property in the private neighborhood of Portland Place, Mark and Patricia went outside to threaten the protestors, holding guns and pointing at them at the protestors in the street. The shoeless couple made national headlines for pointing their semiautomatic rifle and pistol at the crowd, and were eventually charged for the acts. They later spoke at the 2020 Republican National Convention, speaking in favor of Second Amendment gun rights.

Mark and Patricia are both personal injury lawyers in St. Louis, and have made a reputation for themselves as people who never back down, even before their standoff with protestors. Their dedication to their goals is evident in their efforts to remodel their home in the exclusive neighborhood. They bought the run-down mansion in 1988 and restored it to its original beauty. The house was completed in 1912, for the daughter of the founder of Anheuser-Busch beer company, Anna, and her husband Anthony Faust.

The home has been restored to its original look, and filled with antique furniture, draperies, artwork, and décor. The house is extravagant, with much of the look taken from 14th to 17th century Italian designs. The dining room is modeled after a room in the Pitti Palace in Florence, Italy. The ballroom is another recreation of a Florentine palace. This room, as well as many others, are assumed to have structures such as ironwork and glass imported from old palaces and castles in Italy. The McCloskeys have worked hard and invested so much money into renovated and restoring the Edward A. Faust home that it’s a shame it came to national prominence under such dubious circumstances.

Visitors to St. Louis will not be able to view the residence, as it is in a private neighborhood accessible only to residents and their guests.
Links: www.mccloskeylaw.com
72,054 views

Comments have been disabled for this map
Nearby Maps (50 km): 850