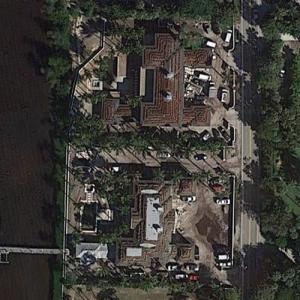 Pulte paid $13.44M for the southern lot in September 2014 and $11.52M for the nothern lot in October 2014. He bought the properties from Paul Tudor Jones, who owns the historic Casa Apava across the street, who sold them off from part of his larger estate. On the northern lot, Pulte is finishing construction on a 15,810 home. On his southern lot, he is finishing construction on a 16,447 "modified Georgian" style house.

The third and southernmost lot was sold to casino magnate Steve Wynn in July 2014 for $20M. That property is also mapped on this site.
Links: www.marktimothy.com
1,209 views