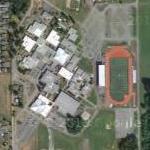 By mlc1us @ 2014-10-24 17:26:31
@ 48.095975, -122.154547
North Marysville, Washington (WA), US
This is where fourteen year old Jaylen Fryberg (deceased) brought a gun to school and opened fire in the main cafeteria, killing one student and wounding four others before turning the gun on himself. Two of the wounded are cousins of the shooter. It is believed his motive had something to do with a dispute over a girl.

Update: One of the wounded students passed away bringing the death toll to 3 including the shooter.

Update 2: Shooting victim, Shaylee Chuckulnaskit passed away bringing the death toll to 4 including the shooter.