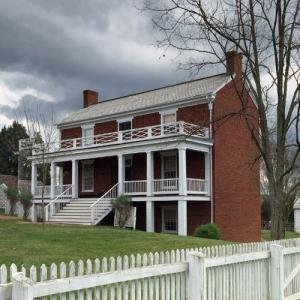 Wilmer McLean owned the house in 1865 and was a retired major in the Virginia militia. He was too old to fight in the war but made a good living by smuggling sugar through the Union blockade.

The reconstructed house was registered as a NRHP on October 15, 1966.