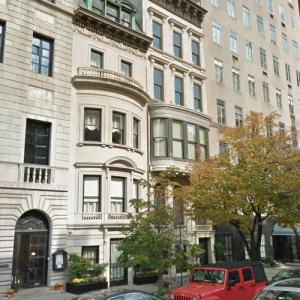 Bloomberg is known as an American businessman, politician, philanthropist, and author. He is the majority owner and co-founder of Bloomberg L.P.. He was the mayor of New York City from 2002 to 2013, and was briefly a candidate in the 2020 Democratic presidential primaries. He began his career at the securities brokerage Salomon Brothers before forming his own company in 1981. That company, Bloomberg L.P., is a financial information, software and media firm that is known for its Bloomberg Terminal. Bloomberg spent the next twenty years as its chairman and CEO. In 2019, Forbes ranked him as the ninth-richest person in the world, with an estimated net worth of $55.5 billion. Since signing The Giving Pledge, Bloomberg has given away $8.2 billion.

Michael Bloomberg has a net worth of $60 billion. Michael Bloomberg earned his fortune through his financial news and information services media company Bloomberg LP. He owns 88% of the privately held company. He is one of the wealthiest people in America and the world. As of this writing, he is the 12th wealthiest person on the planet, the 8th richest American.
Links: en.wikipedia.org
22,607 views