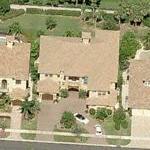 According to prosecutors, Riolo told investors that they would earn money through the companies' trading of foreign currency. They said investors' money was instead used to pay off other investors and for Riolo's personal benefit.

Riolo paid out nearly $30 million to investors as "profit" on their investments, prosecutors said.
1,956 views