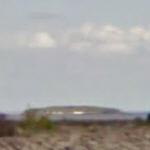 By kjfitz @ 2010-01-21 14:44:49
@ 55.69224, 12.625018
Copenhagen, Denmark (DK)
Middelgrundsfortet is a sea fortress located in the Øresund between Copenhagen and Malmö. It was constructed 1890–94 as a part of Copenhagen's sea-fortifications, partly from material excavated from Frihavnen. It was the largest sea fortress in the World, and is still the largest man-made island without abutment, with an area, including wave breakers, of approximately 70 000 m²; the buildings total approximately 15 000 m². A HAWK battery was placed on the island. Until 1984 the fortress was military area; in 2002 it was sold to a private investor.

The fortress is constructed at a seabed 7 meter below the water surface, at the northern meeting point of the straits Kongedybet and Hollænderdybet.
Links: en.wikipedia.org
537 views