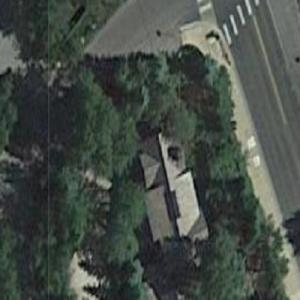 By borlefborlef @ 2019-07-26 16:04:10
@ 39.18408939, -106.80816725
Aspen, Colorado (CO), US
Fries is Chief Executive Officer and Vice Chairman of Liberty Global, an international television and broadband company. He was a founding member of the management team that launched the Company’s international expansion. He was appointed Chief Executive Officer of the Company in 2005 and serves as a member of its two-person Executive Committee along with John C. Malone.

Fries grew up in Los Angeles, California as the sixth of eight children. His father, Charles Fries, was a Hollywood producer. Fries attended Wesleyan University, where he earned his B.A., and went on to earn an M.B.A. degree from Columbia University.

Fries is a member of the Board of Trustees of Wesleyan University, and in 2017, the Fries Center for Global Studies was dedicated in recognition of his generosity to the school. He is also on the Board of Overseers for Columbia Business School. Fries and his wife, Michelle Fries, are trustees and lead donors to the Museum of Contemporary Art Denver and are also involved in organizations including the Denver Film Society, the Colorado Symphony, Biennial of the Americas, ACE Scholarships, and Denver School of Science and Technology.

Fries has been recognized with honors including Ernst & Young's Entrepreneur of the Year in Media, Entertainment and Communications.

His fathers house in Beverly Hills is mapped, as well as his home in Denver.
Links: en.wikipedia.org
148 views