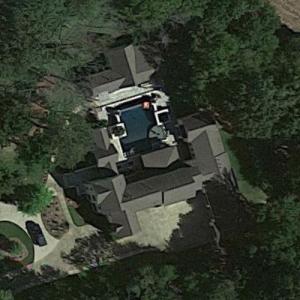 By jdubble07 @ 2022-09-19 09:34:35
@ 35.1287387, -89.6897413
Eads, Tennessee (TN), US
Mike Miller is an American basketball coach and former professional player who is the boys' basketball head coach at Houston High School in Germantown, Tennessee. He played 17 seasons in the National Basketball Association (NBA) after being selected by the Orlando Magic in the first round of the 2000 NBA draft with the fifth overall pick. Miller was named the NBA Rookie of the Year with the Magic in 2001 and was voted NBA Sixth Man of the Year with the Memphis Grizzlies in 2006, He won two consecutive NBA championships with the Miami Heat in 2012 and 2013.

Miller played college basketball for the Florida Gators before entering the NBA. He also played professionally for the Minnesota Timberwolves, Washington Wizards, Cleveland Cavaliers, and Denver Nuggets. He was a swingman who was primarily a three-point specialist.
Links: en.wikipedia.org
126 views