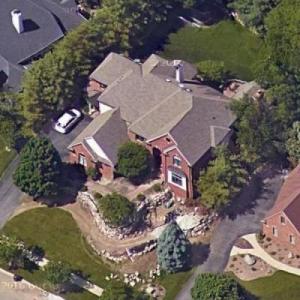 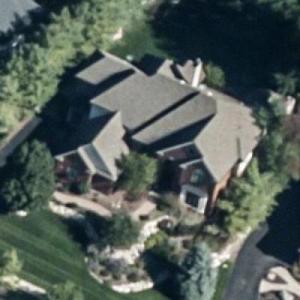 By tlp333 @ 2007-12-14 22:52:38
@ 42.30677932, -83.77170358
Ann Arbor, Michigan (MI), US
Mike Tiricio, the lead broadcaster for ESPN's presentation of Monday Night Football, lives here. Tiricio has been working for NBC Sports since 2016, but is bestq known for his 10-year run as an NFL play-by-play announcer on ESPN's Monday Night Football from 2006 to 2015. During his 25 year tenure with ESPN, Tirico also called a multitude of sports for the network, including the NBA, college football and basketball, golf, tennis, hockey and world cup soccer. Tirico left ESPN when his contract expired in the summer of 2016, and was subsequently hired by NBC Sports. Tirico debuted during NBC's coverage of the 2016 Open Championship and has since served as the network's lead host for golf coverage. Since joining NBC Sports, Tirico has become lead primetime host of the Olympics on NBC, lead play-by-play for Notre Dame Football on NBC, host of Triple Crown races on NBC, host of NBC's Football Night in America, host of NBC's coverage of the Indianapolis 500 and hosted NBC's coverage of the Stanley Cup.

Mike Tirico has a net worth of $6 million dollars and an annual salary of $3 million. Tirico got his start while still attending school in Syracuse, when he began working for WTVH-TV, a CBS-affiliate based nearby. He rose to become their Sports Director, and was subsequently hired by ESPN to serve as an anchor for SportsCenter, in 1991. He is highly respected for his announcing versatility, having announced both football and basketball announcing while he handled golf coverage for ABC/ESPN from 1996-2007, including all major tournaments, as well as 2009 coverage of the U.S. Open Tennis tournament, and the 2010 FIFA World Cup. While doing that he also managed to cover college football games for both ESPN and ABC over the years. He also briefly hosted a radio show, before his television duties grew too time consuming.
Links: en.wikipedia.org
14,188 views