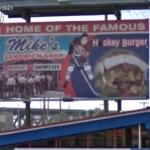 Mike Sr., was a stick boy for the Chicago Black Hawks as a child. He would play for the Kansas City Americans in the USHL before going to Europe to fight in World War II. While in the service, he was on a championship winning military hockey team.
Links: thehamblogger.com
503 views