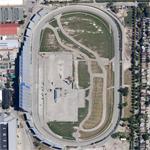 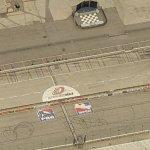 It was built in 1876 as a private horse racing track. In 1891, the land was purchased to create a new state fairgrounds, which still exists today. The first automobile race held here was on September 11, 1903. The dirt racing surface was covered by pavement in 1954.

Over the years, many major forms of American motorsports have competed here, including every generation of Indy car racing, NASCAR stock cars and trucks, sprint cars, midgets, several regional stock car series, and even semi-trucks. A road course which winds through the infield has held various sports car and karting events.

The NFL's Green Bay Packers played a few games a year on a field located in the inside of the oval track from 1934-51. The 1939 NFL Championship Game was played here.

During the annual Wisconsin State Fair, daily concert acts are held on a stage near the start/finish line.
Links: en.wikipedia.org
1,269 views