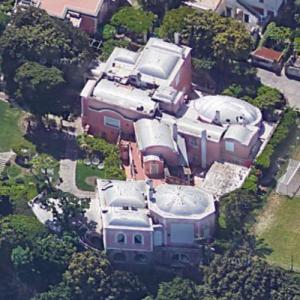 Mona von Bismarck was married 5 times. Her third husband was one of the wealthiest men in the world, Harrison Williams, and her fourth husband was Count Albrecht Edzard von Bismarck-Schönhausen, a grandson of German Chancellor Otto von Bismarck.

Von Bismarck spent the summers here at Villa Bismarck on the island of Capri in the later years of her life.

Von Bismarck also owned a property in Palm Beach, Florida, called Blythedunes. The home was demolished in 1988 and a home, Maison de L'Amitie, was built in it's place and has since been demolished and the land subdivided into three separate lots.
Links: en.wikipedia.org
946 views