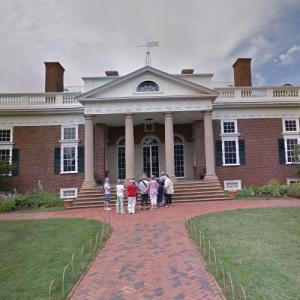 By Mike1989 @ 2013-07-03 01:43:58
@ 38.010431, -78.452032
Charlottesville, Virginia (VA), US
Monticello is the primary plantation of Thomas Jefferson, the third President of the United States, who, after inheriting quite a large amount of land from his father, started building Monticello when he was twenty-six years old. Located just outside Charlottesville, Virginia, in the Piedmont region, the plantation was originally 5,000 acres, with extensive cultivation of tobacco and mixed crops, with labor by slaves. What started as a mainly tobacco plantation switched over to a wheat plantation later in Jefferson's life. At Jefferson's direction, he was buried on the grounds, an area now designated as the Monticello Cemetery, which is owned by the Monticello Association, a lineage society of his descendants through Martha Wayles Skelton Jefferson.
Links: en.wikipedia.org
1,610 views