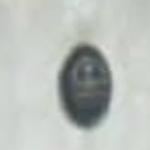 By kkeps @ 2011-09-30 18:39:16
@ 53.14202, -4.277415
Caernarfon, United Kingdom (GB)
Ellen Edwards was born in Amlwch in 1810, the daughter of a master mariner, Captain William Francis who during the Napoleonic Wars decided to retire and open a school to teach navigation to the young men of the area. He had three children a disabled son and two daughters whom he instructed in mathematics and the rudiments of navigation. All three became proficient and as he only required one person to assist at his school he decided to appoint his son.

Ellen also had designs on following in her father’s footsteps and came to live to Caernarfon in 1830 and opened a school in Chapel Street. It was not long before young future seamen enrolled at the school and it soon became evident that she was an exceptionally good teacher and her students were successful in passing their examinations as second and first mate and eventually became Master Mariners. She married a sea captain and they had one daughter also named Ellen. Ellen Francis Edwards, and when she came of age, she assisted her mother at the school and also married a sea captain.

Ellen Edwards, retired at the age of 70 and her daughter took her place at the school.
Links: www.carnarvontraders.com
419 views