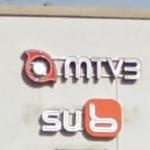 By adrbr @ 2010-04-18 11:50:25
@ 60.205344, 24.918978
Helsinki, Finland (FI)
MTV3 started on August 13, 1957, the first commercial television in Finland, nation-wide commercial TV station in Europe. In Finland it was preceded by the regional TES-TV commercial channel. It was originally known as MTV with programmes broadcast on the two channels of YLE. MTV was allocated its own channel after 1986, when Kolmoskanava (TV3) was born as a joint venture between YLE, MTV, and Nokia. MTV3 was born in 1993 when MTV took over the shares of TV3 from YLE and Nokia and MTV programming switched from the YLE frequencies to the TV3 transmitters. The same year MTV Oy was admitted as a full active member of the European Broadcasting Union.
Links: en.wikipedia.org
700 views