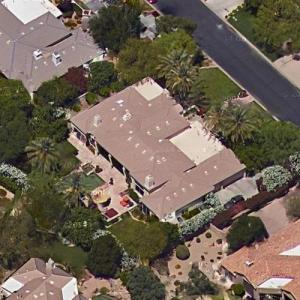 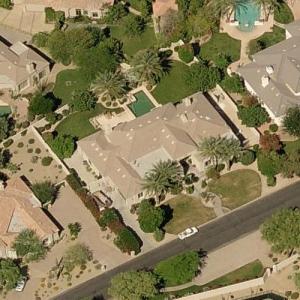 By tlp333 @ 2006-08-02 16:56:06
@ 33.550829, -111.927642
Paradise Valley, Arizona (AZ), US
Muhammad Ali, born Cassius Marcellus Clay, Jr., was a renowned professional boxer who had a fierce reputation in and out of the ring. His ‘trash talking’ wasn’t only a staple of his boxing behavior, but ‘Float like a butterfly, sting like a bee. The hands can’t hit what the eyes can’t see’ became part of the American vernacular as well. Muhammad Ali passed away on June 3, 2016 after a long and difficult battle with Parkinson’s disease. Ali's Arizona home in Paradise Valley is pictured here.

In one of Ali’s most provoking fights, he beat Sonny Liston- reigning heavyweight champion- in a seventh round technical knock out. It was after this victory that Ali made his ‘I am the greatest!’ proclamation in the ring, and continuously proved that he really was the greatest with a career record of 56-5 and 37 knockouts and a net worth of $50 million.

A few months after his victory over Liston, Ali joined the Nation of Islam and officially changed his name from Cassius Marcellus Clay, Jr. to Muhammad Ali. Soon after, in 1966, Ali refused to join the draft for the Vietnam War, and he did not fight from March 1967-October 1970 while he waited for his court case to be appealed. Finally, in 1971, his conviction was overturned by the U.S. Supreme Court and he returned to the ring for the ‘Fight of the Century’ against reigning heavyweight champion, Joe Frazier.

Muhammad Ali was diagnosed with Parkinson’s disease in 1984, three years after his retirement from boxing. He was very public with his battle, and he brought the disease and research efforts an increased visibility. Even though his physical stature and speech deteriorated drastically over the years, he was still viewed as a champion and, even after his death, will remain the ‘Greatest of All Time.’
Links: en.wikipedia.org
43,630 views