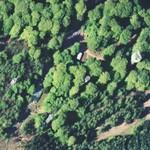 The first radars came from the UK and througout the years until 1990 it has been technically expanded.

After 1990 it wasn't that much important anymore because former WAPA countries became NATO members.

2010 it was closed down because a new radar station was built near Roskilde.
Links: forsvaret.dk
1,447 views