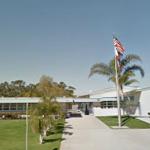 Newsweek described the shooting as "the most prominent gay-bias crime since the 1998 murder of Matthew Shepard", bringing attention to issues of gun violence as well as gender expression and sexual identity of teenagers.
Links: en.wikipedia.org
1,177 views