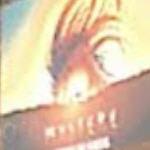 By kjfitz @ 2010-01-05 12:08:55
@ 36.123093, -115.170992
Las Vegas, Nevada (NV), US
On 25 December 1993, as Cirque was approaching its 10th anniversary, they unveiled a new show at the then-new Treasure Island Hotel and Casino on the Las Vegas Strip. Mystère was a departure from their standard format much in the way that Fascination was. A deal was made between Cirque du Soleil and Steve Wynn, Treasure Island's developer, to grant permanent residency to Cirque's new show. It posed certain difficulties for the company, such as the need to set up a permanent infrastructure to meet the needs of its employees working in the Las Vegas area.

Dragone's concept for Mystère was an exploration of the origins of life in our universe. The themes for the show are a conglomerate of multiple mythologies from multiple cultures. The music was quite different from Cirque's previously traditional style as well, relying on more "ethnic" music of Spanish, African and east European inspiration.

The show represented Cirque's first attempt at moving from the big top into a theater setting. It was also the first time that Laliberté and Gauthier were forced to contend with a major business partner, Treasure Island. The partnership led to difficulties and Steve Wynn was not initially optimistic about the show's chances for success, saying "You guys have made a German opera here." Franco Dragone took Wynn's sarcasm as a compliment. Wynn remained unhappy with the dark and moody feel of Mystère and had even threatened to delay the opening of the show unless changes were made. Nevertheless, Mystère was successful and has remained at the hotel ever since.
Links: en.wikipedia.org
568 views