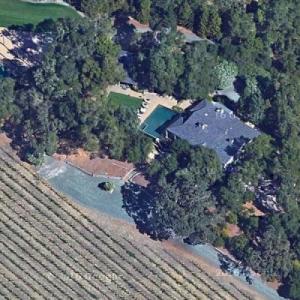 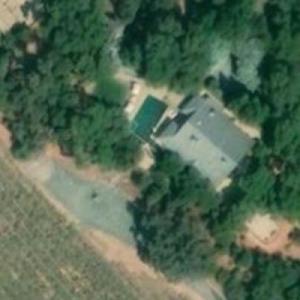 By neotrix @ 2009-01-24 01:37:44
@ 38.49685356, -122.42843248
St Helena, California (CA), US
The current Speaker of the United States House of Representatives of the USA, Nancy Pelosi owns this vineyard valued between $5 million and $25 million. Pelosi is an American Democratic Party politician serving as Speaker of the United States House of Representatives since January 2019, the first woman in U.S. history to hold this position making Pelosi is the highest-ranking female elected officials in United States history. As Speaker of the House, she is second in the presidential line of succession, immediately after the vice president.

As of 2019, Pelosi is in her 17th term as a congresswoman. She represents California's 12th congressional district, which consists of four fifths of the city and county of San Francisco, near where this vineyard is located.

Pelosi was a major opponent of the Iraq War as well as the Bush Administration's 2005 attempt to partially privatize Social Security. During her first speakership, she was instrumental in the passage of many landmark bills, including the Affordable Care Act, the Dodd–Frank Wall Street Reform and Consumer Protection Act, the Don't Ask, Don't Tell Repeal Act, the American Recovery and Reinvestment Act, and the 2010 Tax Relief Act. Her work has been incredibly impactful on the lives of millions of Americans. For better or worse, Pelosi has remained a well recognized figure, often drawing the attention of disgruntled democrats and frustrated republicans alike.

Nancy Pelosi has earned a net worth of $120 Million, and has a yearly salary as a speaker of the house of Nancy $223 Thousand a year. Most of her riches come from wise investments and her marriage to American businessman Paul Pelosi in 1963. Paul owns a venture capital, financial consulting and real estate firm called Financial Leasing Services, INC. Thanks to Paul, Pelosi's own large stakes in companies like Facebook, Apple, Comcast, Shutterfly and the Walt Disney Co.
Links: en.wikipedia.org
60,236 views

Comments have been disabled for this map
Nearby Maps (50 km): 348