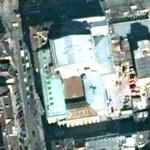 The first opera company in Bulgaria was founded in 1890 as part of the Capital Opera and Drama Company. The two sections split in 1891 to form the Salza i Smyah theatrical company and the Capital Bulgarian Opera. It was, however, disbanded the next year due to lack of government funding and financial difficulties.

The Bulgarian Opera Society was established in 1908 and staged its first test performance. The first full opera was performed in 1909 — Pagliacci by Leoncavallo. The first Bulgarian opera works were also presented in the period, including Siromahkinya by Emanuil Manolov, Kamen i Tsena by Ivan Ivanov and Václav Kaucký, Borislav by Georgi Atanasov and Tahir Begovitsa by Dimitar Hadzhigeorgiev.
Links: en.wikipedia.org
446 views