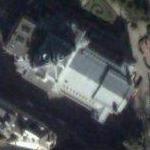 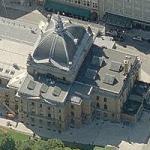 Nationaltheatret opened in 1899. The main building, designed by architect Henrik Bull, is situated in the centre of Oslo, close to the Royal Castle and the old University.

Today, Nationaltheatret is one of Norway’s five national theatres, and regularly presents classic and contemporary plays on five different stages, one of which is situated in the «annex» at Torshovteatret. The stages are: Hovedscenen (the Main Stage), 750 seats, Amfiscenen (the Amfi Stage), 200 seats, Bakscenen (Backstage), 100 seats, Malersalen (the Paintshop), 60 seats and, Torshovteatret, 150 seats. On different occasions, e.g. during festivals, the theatre will also give performances, readings and happenings in other arenas – inside or outside the building.

The theatre’s ensemble of 70 include some of Norway’s finest actors. Almost 200 people - actors, technicians, producers, administrators - work on a permanent basis at Nationaltheatret.