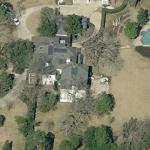 Mr. Holmes served as chairman of the Partnership in 1999.

From 1980 to 2005, Mr. Holmes was associated with P&O, a UK public company in the development and management of various assets and operating companies in Houston, Atlanta, Denver, Orlando, San Diego and various other US cities.