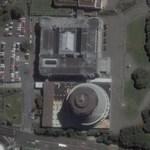 The Parliament was established by the British New Zealand Constitution Act 1852 which established a bicameral legislature, but the upper house, the Legislative Council, was abolished in 1951 so Parliament is now unicameral. Parliament received full control over all New Zealand affairs in 1947 with the passage of the Statute of Westminster Adoption Act.