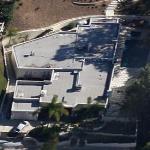 Nick Loeb is an American film actor and politician who gained his net worth by owning an international production company that produced the documentary, The Living Century. Loeb was born in Purchase, New York. Loeb is the son of John Loeb Jr., who is the Ambassador to Denmark during President Reagan's era. Nick Loeb is currently engaged to Modern Family star Sofia Vargara.