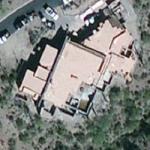 Mr. Burmeister served as the President and Chief Executive Officer of Kilgore Minerals Ltd. (now Bayswater Uranium Corp.) from June 21, 2002 to 2007 and served as its Corporate Secretary since June 21, 2002.

He was Chief Geologist for Silver Standard Resources Inc., a public company listed on the TSX Venture Exchange, from 1965 to 1978.

In 1980, he founded Bull Run Gold Mines Ltd. (now Bull Run Corporation), a public company trading on NASDAQ, and served as its Chairman and Chief Executive Officer until 1992. During that period, Bull Run successfully found, explored and developed a significant gold mine in Elko County, Nevada. Mr. Burmeister has been a Director of Paso Rico Resources Ltd. since November 29, 1996; Rare Element Resources Ltd. since July 17, 2003; Saratoga Gold Company Ltd., since March 23, 2006. He served as a Director of Kilgore Minerals Ltd. since June 21, 2002 and served as a Director of Conquistador Mines Ltd.