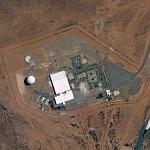 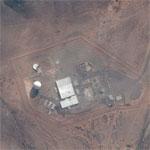 By romulusnr @ 2008-07-22 17:12:13
@ -31.323626, 136.777693
Woomera, Australia (AU)
Joint Defense Facility Nurrungar was a US-Australian command center for space-based surveillance. It was integral to the US's efforts to detect Soviet missile launches, at one time being the only station capable of doing so. The station was a target of many in Australia's activist sphere, not only because of the close ties with the US military, but also because of its potential as a Soviet nuclear target.

Nurrungar was decommissioned in 1999 and is up for sale by the local government.