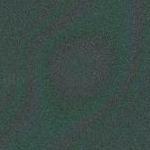 By voldude123 @ 2006-10-01 16:10:31
@ 21.367633, -157.976934
Honolulu, Hawaii (HI), US
This oil spill is probably from oil leaking from a ship or an aircraft at the bottom of Pearl Harbor. The USS Arizona leaks about a quart of oil a day, and a large environmental disaster in the future is feared. As the hull weakens from the pressure and the corrosive nature of salt water, a major realease of oil from the ship could cause the deaths of thousands of marine life, and threaten the extremely endangered population of Hawaiian Monk Seals. The US Navy is researching non-intrusive ways to remove the oil.
1,477 views