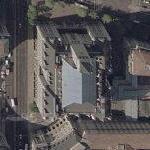 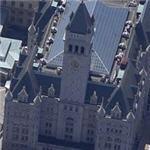 By kjfitz @ 2005-07-11 11:07:11
@ 38.8939079, -77.02748494
Washington, Washington, DC (DC), US
Washington's first skyscraper, its steel and granite frame stands an impressive twelve stories tall. Built to house both the U.S. Post Office and the D.C. Post Office, it was the largest and tallest government building in the city. The Old Post Office was the first government building to have its own electric power plant, with engines to drive over 3,900 lights. With the new century came new ideas. Only 15 years after its completion, The Old Post Office was considered dated and plans for its demolition were undertaken. Fortunately, the Depression era delayed these plans.
Links: www.oldpostofficedc.com, en.wikipedia.org
799 views