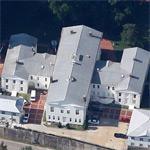 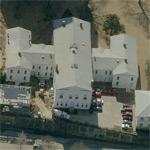 The Old State House was commissioned by Territorial Governor John Pope and was constructed between 1833 and 1842. Architect Gideon Shryock, who had previously designed the Kentucky State Capitol in Frankfort, chose a Greek Revival style for the building. The original design was too expensive for the territory, so Shyrock's assistant George Weigart changed the plans and oversaw construction.
Links: en.wikipedia.org
663 views