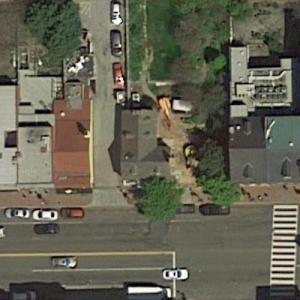 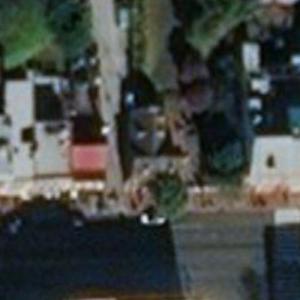 Since 1765, the Old Stone House has withstood the forces of development and commercial growth that made Georgetown one of the nation's busiest ports by the mid-Sutter Jr. Clocknineteenth century. Ironically, local folklore is responsible for saving this architectural landmark from destruction. In 1790, when President George Washington and Pierre L'Enfant arrived to carve out a federal district from the surrounding wilderness, a merchant by the name of John Suter, Jr. was renting the front room of the Old Stone House. His father ran Suter's Tavern two blocks southwest on Fishing Lane (now 31st Street, NW), where President Washington held negotiations with local landowners. The connection with the Suter family became intertwined with the history of the Old Stone House, and the legend was born that the house served as headquarters for both Washington and L'Enfant. In later years, this mythical association with America's first president and the man who helped design Washington, D.C. saved the house from the fate of other structures of its era.

As Georgetown became more commercially successful and as builders moved to the area to take advantage of the many opportunities in nearby Washington, D.C., brickyards became more widespread. This revolution in building materials altered architectural styles and foreshadowed the extinction of homes like the Old Stone House.

The Old Stone House was privately owned until 1953, when the federal government purchased the property for $90,000 in response to a petition from local residents who had come to regard the house as one of historic significance. At that time, the house accommodated offices, and the Parkway Motor Company, a used car dealership whose paved lot sat in what is now the location of the beautiful English style garden.