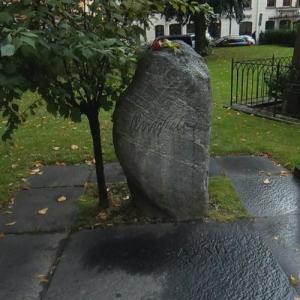 He was assassinated after having visited a cinema at 11:21PM accompanied with his wife Lisbeth. The murdere has never been found, though the Swedish police quickly found a suspect in a criminal named Christer Pettersson, he was sentenced to prison by Stockholm District Court but acqitted by the Supreme Court of Sweden.
Links: en.wikipedia.org
137 views