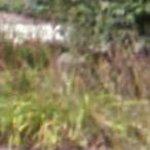 The Boundary Markers of the Original District of Columbia are the 40 milestones that mark the four lines forming the boundaries between the states of Maryland and Virginia and the square of 100 square miles (259 km²) of federal territory that became the District of Columbia in 1801. A survey team led by Major Andrew Ellicott placed these markers in 1791 and 1792; among Ellicott's assistants was astronomer and surveyor Benjamin Banneker. Today, 36 of the original marker stones survive as the oldest federally placed monuments in the United States. Due to the return of the portion of the District south and west of the Potomac River to Virginia in 1846, some of these markers are now within Virginia.
Links: en.wikipedia.org
1,032 views