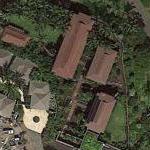 By Champion3 @ 2013-05-18 14:58:21
@ 19.81987542, -155.99508296
Kailua, Hawaii (HI), US
Pablo J. Salame is Global Co-Head of the Securities Division for Goldman Sachs, one of the premier investment banks in the world. It has sparked a great deal of controversy over its alleged improper practices, especially since the 2007–2012 global financial crisis. Salame joined Goldman Sachs in 1996 on the Emerging Markets Foreign Exchange Trading Desk in New York and in 2000, he became Co-Head of the Global Emerging Markets Debt Group. In 2002, he moved to London, where he held leadership positions in Global Credit Derivatives, European Equities Franchise, Global Credit and Emerging Markets. He assumed his current role in 2008 and returned to New York in 2011. He was named Managing Director in 1999 and Partner in 2000. Prior to joining the firm, Mr. Salame worked in Global Derivatives and in International Corporate Finance for Citibank in their New York and Ecuador offices. Salame is a member of the Board of Directors of New York City Center.
Links: www.goldmansachs.com
4,800 views