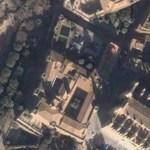 By DonMartini @ 2006-05-09 13:12:26
@ 39.567873, 2.647372
Palma, Spain (ES)
The Almudaina Palace was originally built as an Arab fortress, however, following the conquest of the island in the 14th Century by King James, it became the official Majorcan residence of the Spanish Royal Family. The work was undertaken on behalf of the King, by Pere Salvà who was also responsible for building the Bellver Castle.

The Palace stands opposite the Cathedral, overlooking the harbour, and although most visitors are impressed with the S'Hort des Rei Gardens that surround the Palace, many are then unfortunately disappointed to find that once inside most of the rooms and corridors actually empty.
757 views