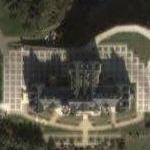 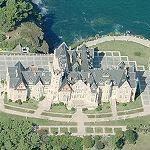 By kjfitz @ 2005-10-15 00:44:13
@ 43.469054, -3.766197
Santander, Spain (ES)
This wonderful building is well-known as the headquarters of the Universidad Internacional Menéndez Pelayo (Menéndez Pelayo International University). It was built in 1909 and became the summer retreat of Alfonso XIII in 1913, and the Royal Family continued using it until 1930. In 1977, along with the rest of the peninsula, it was taken over by the city to become a public park. The building has since undergone an ambitious refit and is now equipped with all the latest technology for conferences and meetings.
Links: www.elcentral.com
656 views