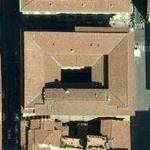 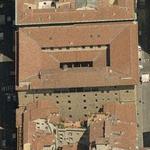 By adrbr @ 2010-04-26 15:41:11
@ 43.77153126, 11.2516496
Florence, Italy (IT)
Palazzo Strozzi is a palace in Florence, Italy. The Palace was begun in 1489 by Benedetto da Maiano, for Filippo Strozzi the Elder, a rival of the Medici who had returned to the city in November 1466 and desired the most magnificent palace to assert his family's continued prominence and, perhaps more important, a political statement of his own status. A great number of other buildings were acquired during the 70s and demolished to provide enough space for the new construction. Giuliano da Sangallo the Younger provided a wood model of the design. Filippo Strozzi died in 1491, long before the construction's completion in 1538. Duke Cosimo I de' Medici confiscated it in the same year, not returning it to the Strozzi family until thirty years later.
Links: en.wikipedia.org
687 views