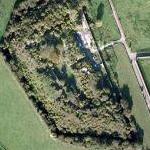 After many years' use as a pig farm for the nearby Young Offenders Institution it was sold in 1991 to a company hoping to make it a museum, but that proved unsuccessful and the fort has been converted into living accommodation. There is no public access to the site.
Links: en.wikipedia.org
662 views