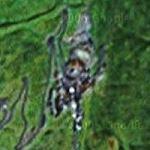 Mr. Francesc Viladomat’s enterprising idea gave this small corner of Andorra a boost that would convert it into a town of 3000 permanent residents and with a hotel capacity of triple that of its population."
Links: www.grandvilara.com
1,556 views