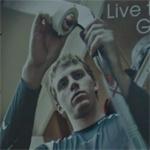 Kane was the first overall pick in the 2007 NHL draft. He made his NHL debut that same year with Chicago. His career highlight thus far is scoring the 2010 Stanley Cup-winning goal in overtime.
Links: en.wikipedia.org
720 views