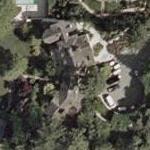 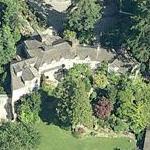 Paul Allen was an American business magnate, researcher, investor, and philanthropist. He is best known for helping to bring about the microcomputer revolution of the 1970s and 1980s. Microsoft later became the world's largest personal computer software company. Allen was ranked as the 44th-wealthiest person in the world by Forbes in 2018, and had an estimated net worth of $20.3 billion at the time of his death

Paul Allen is known for his stake in Microsoft, although the exact amount has not been reported since 2000 because it fell below 5 percent. His fortune was also tied to the real estate, private equity, and energy sectors. Allen owned an impressive 1 million square feet of retail, office, and industrial space in California, New York, Washington, and Oregon. He was involved in Uber, DreamWorks, Plains All America, and Ticketmaster, huge apps today. Allen is said to have lost $8 billion trying to expand broadband too early, which affected his overall net worth significantly.

When he died in 2018, Paul Allen was the chairman of Charter Communications, as well as serving chairman (and founder) of Vulcan Inc., his private asset management company. Allen managed a multi-billion dollar investment portfolio including investments in 40 other media, technology, and content companies. Allen owned THREE professional sports teams: the Portland Trail Blazers of the National Basketball Association (NBA), the Seattle Seahawks of the National Football League (NFL), and the Seattle Sounders FC franchise. Allen was a philanthropist too, making more than $2 billion worth of donations to organizations related to health and human services, science and technology. Paul Allen died on October 15, 2018 at the age of 65 from Non-Hodgkin's lymphoma.
Links: en.wikipedia.org
34,588 views