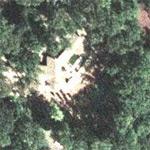 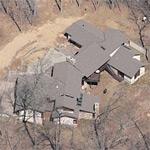 By neotrix @ 2008-10-13 10:26:23
@ 40.342434, -74.694215
Princeton, New Jersey (NJ), US
Paul Krugman, an American economist, professor, columnist, and author who won the Nobel Prize for his analysis of trade patterns and location of economic activity lives here. Krugman, is now the Distinguished Professor of Economics at the Graduate Center of the City University of New York, and a columnist for The New York Times. In 2008, Krugman was awarded the Nobel Memorial Prize in Economic Sciences for his contributions to New Trade Theory and New Economic Geography. The Prize Committee cited Krugman's work explaining the patterns of international trade and the geographic distribution of economic activity, by examining the effects of economies of scale and of consumer preferences for diverse goods and services.

Krugman was previously a professor of economics at MIT, and later at Princeton University. He retired from Princeton in June 2015, and holds the title of professor emeritus there. He also holds the title of Centenary Professor at the London School of Economics. Krugman was President of the Eastern Economic Association in 2010, and is among the most influential economists in the world. He is known in academia for his work on international economics, economic geography, liquidity traps, and currency crises.

A well established investor himself, Krugman has earned a net worth of $2.5 Million. Much of his wealth comes from authoring and editing 27 books, including scholarly works, textbooks, and books for a more general audience, and his over 200 scholarly articles in professional journals and edited volumes. He has also written several hundred columns on economic and political issues for The New York Times, Fortune and Slate. Krugman considers himself a modern liberal, referring to his books, his blog on The New York Times, and his 2007 book The Conscience of a Liberal. Krugman has made a huge impact on modern economic though and is one of the most cited professors in modern course syllabi.
Links: en.wikipedia.org
12,083 views