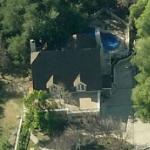 By jdubble07 @ 2013-11-23 09:44:49
@ 34.16429394, -118.73756127
Agoura Hills, California (CA), US
Paul Schwake is the chief operating officer of Level 1 Entertainment, which co-produced Grandma's Boy and Strange Wilderness made in partnership with Adam Sandler's Happy Madison Productions. He joined Level 1 shortly after its inception in 2003. He has also served as executive producer of the Reese Witherspoon and Jake Gyllenhaal thriller, Rendition. He was the chief financial officer at Spyglass Entertainment, where he was involved in films such as the Sixth Sense, Shanghai Noon and Bruce Almighty. Prior to Spyglass, he was vice president of finance at Morgan Creek, where he worked with future Level 1 founder Bill Todham Jr.
Links: www.imdb.com
878 views