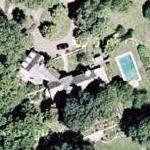 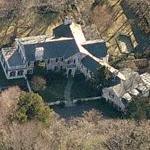 Paul Simon best known as half of the iconic folk duo Simon and Garfunkel, is an American musician, singer, songwriter and actor. Simon's musical career continues and has spanned seven decades. His song writing partner Art Garfunkel helped Simon achieve international notoriety with their signature harmony and low fi sound. The duo was hilariously originally known as Tom & Jerry. Simon was responsible for writing nearly all of the pair's songs, including three that reached number one on the U.S. singles charts: "The Sound of Silence", "Mrs. Robinson", and "Bridge over Troubled Water".

After the duo split, Simon launched a successful solo career. He recorded three acclaimed albums over the next five years. In 1986, he released Graceland, which sold 14 million copies worldwide on its release and remains his most popular solo work. Simon wrote and starred in the film One-Trick Pony and co-wrote the Broadway musical The Capeman with the poet Derek Walcott. On June 3, 2016, Simon released his 13th solo album, Stranger to Stranger, which debuted at No. 1 on the Billboard Album Chart and the UK charts.

Edie Arlisa Brickell is also an American singer-songwriter widely known for 1988's Shooting Rubberbands at the Stars, the debut album by Edie Brickell & New Bohemians, which went to No. 4 on the Billboard albums chart. She married to Paul Simon in 1992 and they have three children together.

Paul Simon, through his career of hits and albums, has earned him a net worth of $75 Million. In 2012, Simon was rumored to have spent around $16 million to acquire this 32-acre property in New Canaan, Connecticut. He listed the home for sale for $14 million in April 2019. The property features an 8,500 main house and sprawling grounds. Edie Brickle has a respectable net worth of $10 Million. Together they live comfortably.
Links: en.wikipedia.org
41,543 views