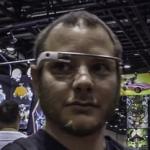 Google started selling a prototype of Google Glass to qualified "Glass Explorers" in the US on April 15, 2013 before it became available to the public on May 15, 2014.

On January 15, 2015, Google announced that it would stop producing the Google Glass prototype.
Links: en.wikipedia.org
367 views