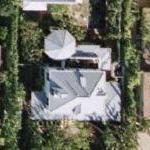 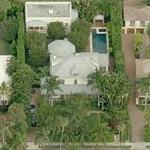 By Champion3 @ 2009-02-08 19:16:52
@ 26.724915, -80.039767
Palm Beach, Florida (FL), US
Brant is an American newsprint billionaire, art collector, and film producer and is the Chairman and C.E.O. of White Birch Paper Company, a private company, headquartered in Greenwich, Connecticut. Brant is also the owner of Brant Publications, Inc., which specialises in publishing about art in America and antiques via its three magazines: Interview magazine (founded by Andy Warhol), Art in America, and The Magazine Antiques.

Stephanie Seymour, Brant's wife, is an American model who has modeled for many notable fashion magazines and designers. She has been photographed by several well-known photographers including Herb Ritts, Richard Avedon, and Gilles Bensimon. She has appeared on over 300 magazine covers.